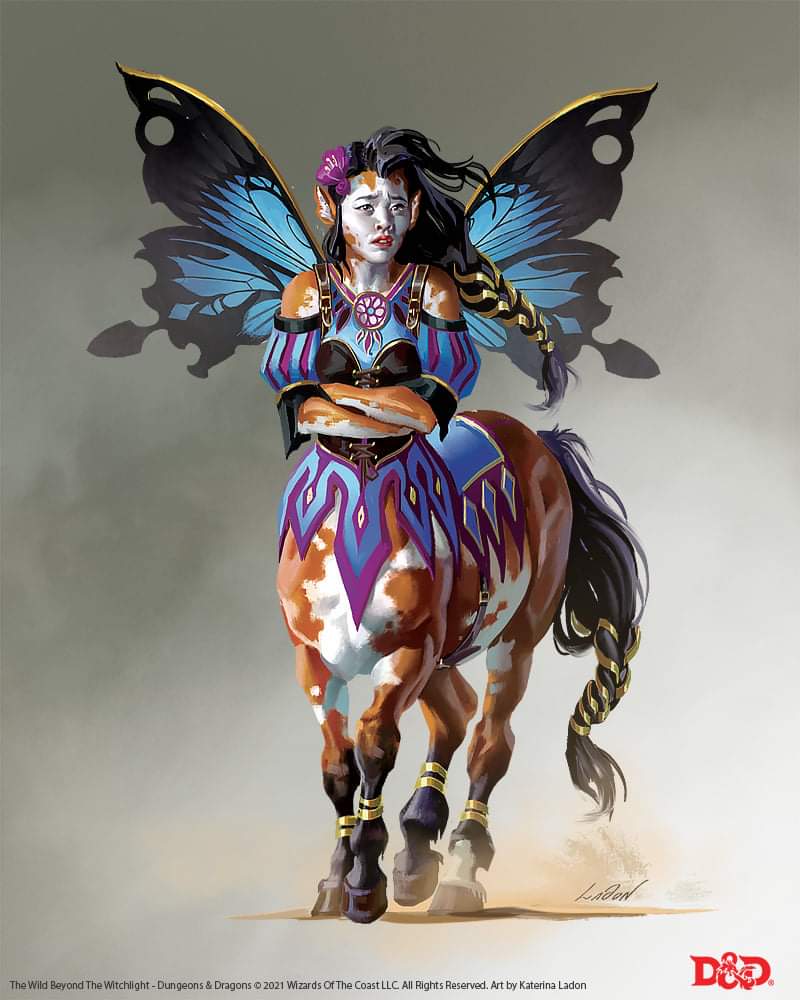 Ad promised, to thank you for al the support, #Diana #Cloppington is finally smiling and looking forward to meeting you again in the game 😊#dnd #dungeonsanddragons #witchlight pic.twitter.com/n4vL9wmabl

Character done 2 years ago for “The Wild Beyond the #Witchlight 🐱
© 2021 Wizards Of The Coast LLC. All Rights Reserved. wow, so much love for Diana, thank you very much guys 🖤 I was wondering, would you like a portrait of her? If we reach 100 retweets, the next portrait will be her (maybe with a little smile this time 🙂 )

Thank you Dan!This is so fantastic!

Side note: I was just looking at some stuff you did for an upcoming book, and I absolutely cannot wait for people to see it. You killed it! 😁 I’m soooo happy to hear that 🖤🖤

Original designs for some of the many fantastic characters in The Wild Beyond The Witchlight. #dnd pic.twitter.com/H8rgTKohf5

Original concepts for all the pretty ones in #DND's Wild Beyond The Witchlight. Special thanks to the writing team for coming up with such an absolute treasure of ideas for all the hags. pic.twitter.com/OxhkaVxpIU

This easter egg was rather special to me. It's flying away from Thither, the realm of the past, into the unknown. Jaggerbad Skyhouse was my first piece of professional D&D writing. Almost ten years later, here we are with The Wild Beyond the Witchlight. I wonder what's next?

Fun facts – “Will of the Feywild” was the name of a 4e power. When I first started writing for D&D, it was Stacey’s nickname for me because I wrote so much Feywild stuff. In the book, this character was very much inspired by Peter Pan, Robin Hood, and Honeythorn Gump from Legend. https://t.co/RWrNNJzVNV

The Wild Beyond the Witchlight has some fun connections to my own homeland, Cornwall. Let’s look at them. First off, Motherhorn, the mountaintop theatre, was very much inspired by the Minack Theatre in Cornwall. But spookier, of course! (art credit: Julian Kok) The Brigganocks of Yon were inspired by the Knockers of Cornish folklore – little men who live down mines, who enjoy eating pasty crusts. Stacey invented the D&D Brigganocks and fleshed out their wondrous lore when she wrote the Yon chapter. I love their little soul lights! pic.twitter.com/lsPV0HP0NP

Holywell Bay found its way into the fairy realm of Thither. Probably a Fey Crossing in real life! And lastly – my favourite! – anyone who's been to Cornwall should know the answer to this thorny debate. pic.twitter.com/QduMoNRxZ8

My goodness, there are a lot of zany misconceptions out there about the supposed meaning behind Thaco the Clown, one of my favourite Witchlight Carnival characters. Let me assure you – he’s just a grumpy clown whose name is a nostalgic nod to an old D&D mechanic.

Was in the middle of a lot of work this winter but I found time to paint my very first interior D&D illustration. At first a little disappointed it was a clown, but the personality won me over! Appropriate enough, his name is a reference to a time when *I* first played DnD. The brief was simple but for me, evocative. Instead of a "mean" or "sad" character, I envisioned an absolutely burned out one. My personal title for this is "Thaco's on Break" pic.twitter.com/jxMfelD0YX

Not sure if I can share the concept art but it depicted a much more whimsical clown, tired-eyed & smiling. I would have followed that as closely as I could but the brief pulled me in a diff direction with a less stylized face. I imagined Shea Whigham as a clown.Shooting reference isn't always (almost never) glamourous, and sometimes involves pushing out the gut for art. Vignettes meant to sit on a white BG are often given softer lighting to IMO read better, so i just had a soft frontal light set up. pic.twitter.com/YZFBCkopdG

I loved pushing the small amount of narrative I could play with into a character that I hope oozes a tired sounding "uuughhhh…."

Not content to make sexy mtg characters I have now of course made the sexiest DnD character. More like “Thicco” the clown amirite? These are also the Jerma985 colours by complete accident. It's some kind of coincidence thing.

One of my favourites from the book, for sure! 🙂

My Warduke painting from The Wild Beyond the Witchlight was previewed by WotC. Trying to find the balance between staying true to the original design and updating it was challenging. #dnd pic.twitter.com/25GSMdPJzI

When a harengon uses Rabbit Hop, does the trait’s jump expend movement?
The Rabbit Hop trait lets a harengon jump as a bonus action, and that jump doesn’t consume any of the harengon’s normal movement. That fact is why the trait has a limited number of uses between long rests. If you compare the wording of Rabbit Hop to the wording of the long and high jump rules in the Player’s Handbook, you’ll see that those rules explicitly expend movement, whereas Rabbit Hop doesn’t.