Tyler grew up, literally, eating cereal in front of the TV watching this show, and from making cel-shaded fanart of Critical Role characters and then pitching the style to Wizards, art director Tom Jenkot called him up to make art that is exactly, down to pantone, in Magic’s upcoming secret lair.
You can see how Tyler had to mix the paint in one photo in separate plastic paint color receptacles, to keep the solid flat color consistent, identical to an original animate cel creator. He applied 5-6 layers per area of color, by “pushing the glob” on the acetate to have it opaque. While he says it took the same amount of time vs. a normal Magic painting, the prep work to have colors matching exactly, the process of hand-making the lines and mixing paint, took him a better part of two months to do the six pieces. Check out the last picture shown to see the backside!

Tarrasque (Showcase) by Justine Jones
Final Ink: Used for the card! Digital changes include some added digital black outlines and digital cleanup, as well as moving tailspikes in Photoshop to make sure the front claw and the tail not overlap per AD request. There are some random pencil marks that you should be able to see on the photo
Ink Rough: A messier version of the final done in ink- Justine will often do a looser ink in pen before going over with cleaner lines. The face is clean and detailed, with the rest being slightly looser pen and pencil mixed together.
Pencil Sketch: Well rendered face and upper spikes, then becomes very loose as you move down the page to get the feel of the figure and the form. The sketch is a different/ more vertical format than the final, changed for composition reasons. 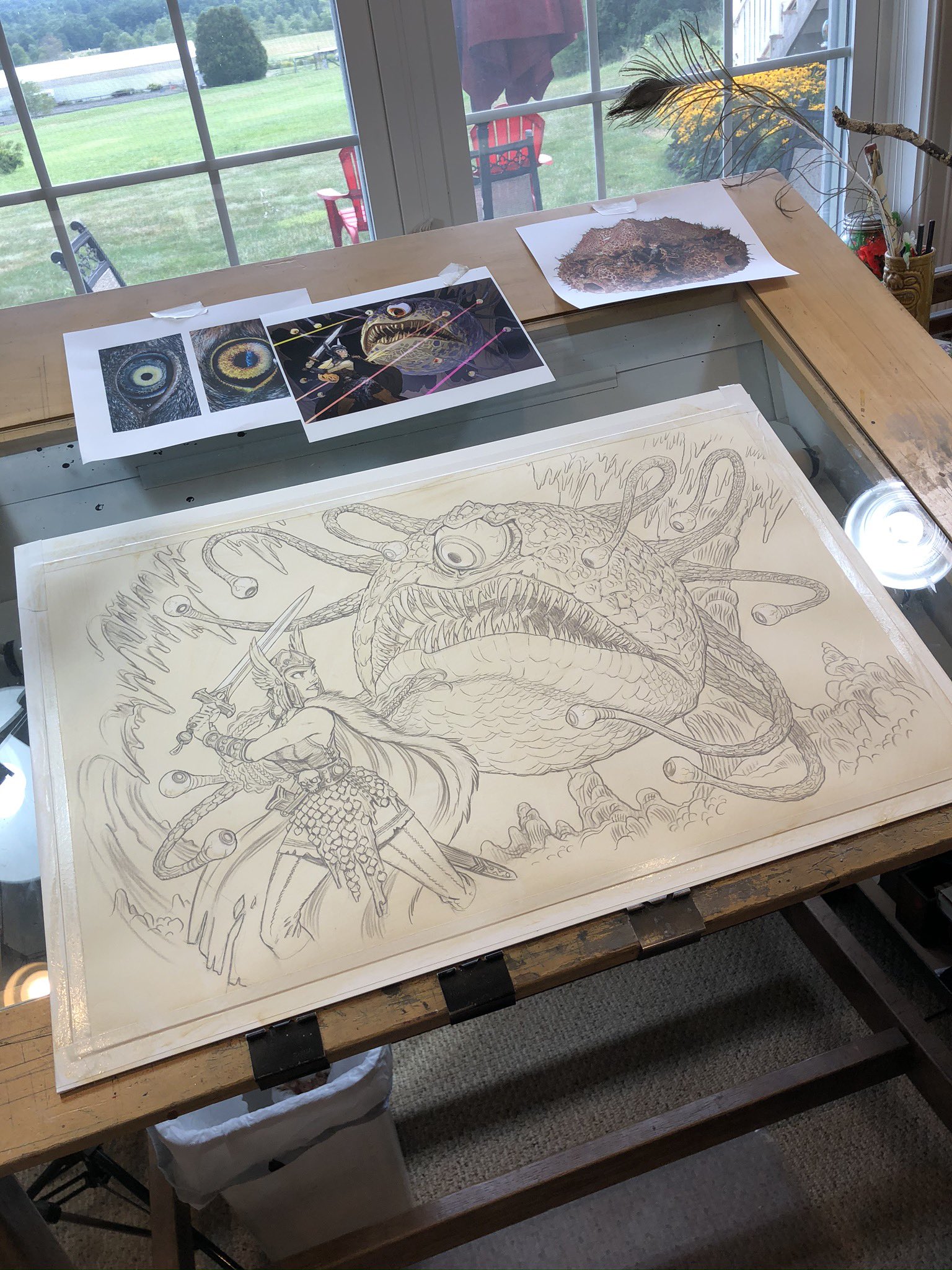 I’m super excited to share my image from the upcoming Magic the Gathering set “Adventures in the Forgotten Realms”—especially the old school card design! This was an homage to the first illustration of the Beholder. More here: https://t.co/ztEN0bkJt0 #MTGDND #dnd @wizards_magic pic.twitter.com/GSkk0iSdHe